In 1990 graduated in choral conducting from the Conservatory of Magnitogorsk, Russia.

From 1991 to 1992 attended a course “Management and Psychology in the Arts”, offered by the Moscow Academy of Psychology in Magnitogorsk, Russia.

In 1999 graduated in lyrical singing from the Conservatory of Magnitogorsk, Russia.

From 1999 to 2008 attended a master class in singing with Franca Mattiucci and Luciana D'Intino at the '"Academy of Voice" of Turin.

Ms. Mochenets began her singing career at the age of 5 as a chorister and soloist in the Choir of Beloretsk, Russia. At the age of ten she started writing music for voice and piano, which later were performed in the school choir concerts.

In 1983 and 1984 won two competitions for young composers in Ufa, Russia and participated in a TV program "Our Guests: Young Composers."

From 1990 to 1991 worked as a backup singer at the Opera House of Ufa, Russia and sang in the professional choir of the Orthodox Parish.

From 1992 to 1997 worked as a concert office manager at the Magnitogorsk State Conservatory.

In 1992 became Vice President of the Magnitogorsk Music Society.

From 1997 to 1999 was was appointed stage manager and assistant director of the Lyric Theatre in Magnitogorsk.

She performed in theater concerts as a singer and presenter, alternating between being an artist and organizer. In addition, she acted in musical fairy tales for children.

In 1999 she moved to Italy. She was very active as a soloist in chamber repertoire in both Italy and abroad, working with various opera companies and musical ensembles.

Since 2005 she is a founder and President of the Cultural Association "CantArTeatro" in Druento.

In 2009 participated in the production of the comic opera "The Brontë Sisters" by Andrea Chenna, directed by Davide Livermore, with baritone Alfonso Antoniozzi. This opera opened the Venice Biennale Theater and the Festival "Moz-Art Box" Portici in Naples with six more performances performed in Turin and Province.

In 2010 participated in the show "Life is the Sea", directed by David Livermore, the Gobetti Theatre in Turin. She works as a singer and artistic consultant to the television station "Seven Live" in Turin. 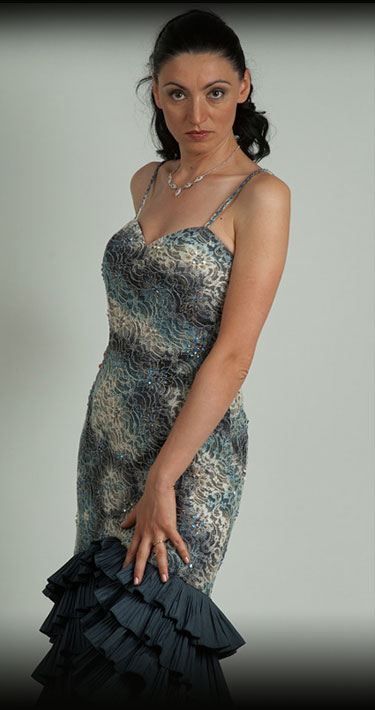