In 1990 graduated in choral conducting from the Conservatory of Magnitogorsk, Russia.

In 1999 graduated in lyrical singing from the Conservatory of Magnitogorsk, Russia.

From 2002 to 2003 obtained "Early Childhood Educator" certificate at the Agency for Vocational Training "Salotto and Fiorito", Pianezza, Italy.

From 2004 to 2005 was certified in music education methodology courses "Teaching Protocols" and "Il Cantar Leggendo” di Roberto Goitre" by the Association "Cantascuola" of Turin.

In 2007 received a certificate in the course of music education "The Sounds of Children" held by prof. Delfrati Carlo, organized by 'ITER (Istituzione Torinese per una Educazione Responsabile).

In 2008 participated in the seminar "Singing with Children 2" held by Prof. Elisabeth Trigo, director of children's choir "Les Polysons" in Paris, organized by the OMI (Opera Munifica Istruzione di Torino).

Since 2005 is a founder and President of the Cultural Association "CantArTeatro" of Druento, Italy, which promotes and disseminates the culture of music.

In 2008 was a music teacher in the project "Thoth, Surveyor of the Time", produced by the Association "MUS-E", in collaboration with the elementary school "Fontana", the Egyptian Museum and the RAI of Turin, aimed at producing an instructional DVD.

Directs the children's choir "Zefiro", formed by the choirs of the Cultural Association "CantArTeatro" of Druento, Italy and primary schools, "Kennedy" and "Dewey" in Turin. In previous years the two choirs performed separately in several concerts in Turin and the province. The school choir also participated as a finalist in three editions of the festival "Voci in Coro" (“Voices in Choir”), organized by ITER at the Piccolo Teatro Regio in Turin, and was judged by the Board among the top three in 2006 and 2009.

In 2007 received a scholarship award in the “Rassegna Corale d’Avvento” ("Advent Choral Festival"), organized by the Associations “Cantascuola " and "Cori Piemontesi” (“Piedmont Choirs”), at the House of Music of Settimo Torinese.

In 2009, 2010 and 2011 the choir "Zephyr" was a guest of the OMT orchestra in concerts at the Teatro Nuovo for the project “Emergency” and the Conservatory of Turin, the “Festival dei Cori di Voci “ (“Festical of Choral Voices”) at St. Pelagia of Turin, and the "7live TV" Christmas concert , which was broadcast by video channels Rete7, VideoNord and Sky. 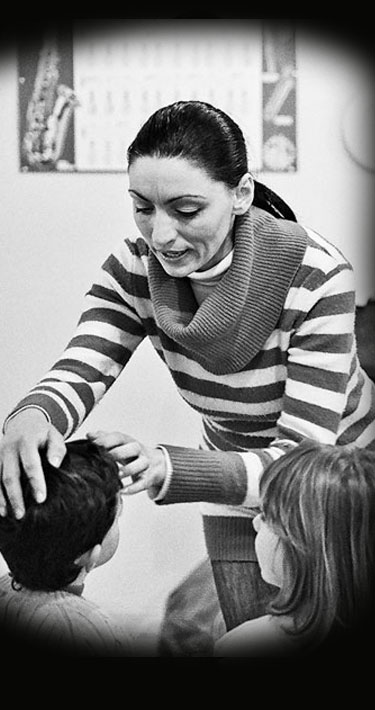